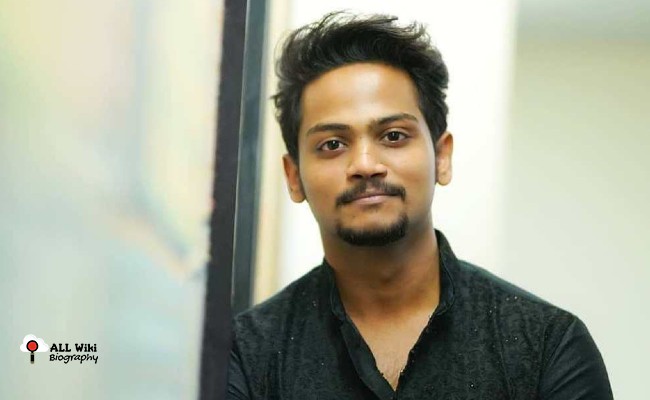 Shanmukh Jaswanth Kandregula aka Shannu is a famous Youtuber, Dancer, and Actor from India. He was born on Friday, September 16, 1994, in Visakhapatnam, Andhra Pradesh, India.

He has an elder brother named Sampath Vinay (Entrepreneur). In 2012, Shannu started her career by starting his own youtube channel. His first video was titled Cadbury Laddu Ad By Shanmukh.

He then acted in various videos of VIVA (along with Viva Harsha), a YouTube channel that produces entertainment-centric content. In 2013, with “The Viva by Sabarish Kandregula”, he becomes famous. Shannu outshined his co-actors in this video, which went viral on the internet.

He then acted in various videos of VIVA like The Interview by Sabarish Kandregula (2013), The Big Fat Proposal (2016), and the series of Viva News.

Apart from acting in youtube videos, Shanmukh started doing dance covers in songs like Hosanna, Kala Chashma, Bezuban and ‘You and Me’ (Khaidi No 150). With the ‘You and Me’ song, he gained recognition.

He then acted in Youtube comedy series like MEN WILL BE MEN, PUB G, and Software series. In 2020, he came into the limelight with the Telugu comedy series “The Software DevLOVEper”, in which he played the role of Mr Shannu, a shy middle-class boy working in a software company who falls in love with Vaishnavi.

With the super success of “The Software DevLOVEper”, he crossed three million subscribers on his YouTube channel. In 2021, Shanmukh participated in the Bigg Boss Telugu Season 5, hosted by Nagarjuna. He stood as the first runner up of Bigg Boss Telugu 5 on 19 September 2021. Vj Sunny won the title and Sreerama Chandra stood in the Third position.