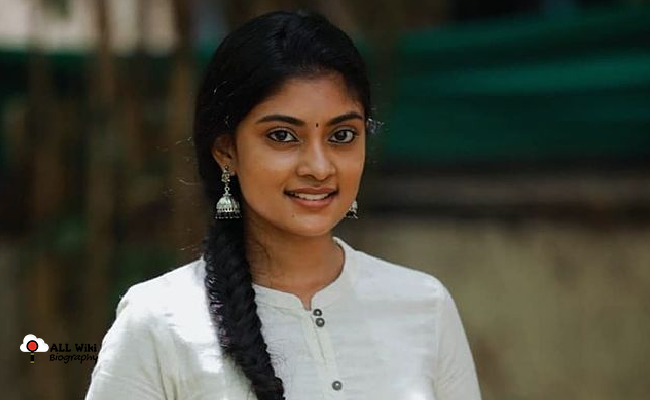 Ammu Abhirami is an Indian Actress, who mainly works in Tamil Film Industry. She was born on Thursday, 16 March 2000 in Chennai, Tamil Nadu, India.

In 2019, She made her debut in Telugu Film Industry with the ‘Rakshasudu’ movie. She then appeared in various movies like Asuran (Tamil), Thambi (Tamil), Adavi (Tamil), FCUK: Father Chitti Umaa Kaarthik (Telugu), and Narappa.

In between, she also acted in Netflix’s Navarsas web series. In 2022, She participated in the comedy based cooking show ‘Cooku With Comali season 3’.