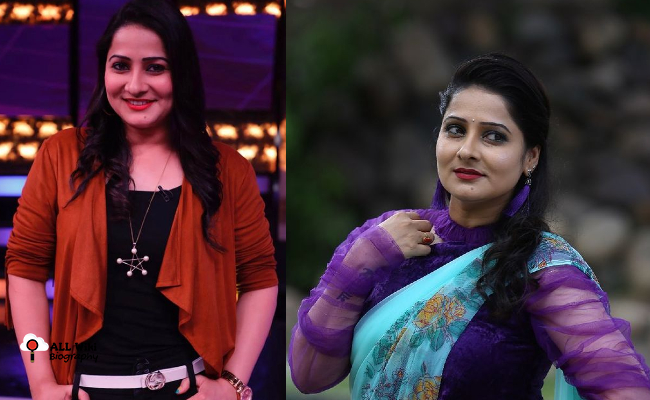 Anju Asrani is an Indian television actress, who mainly works in the Telugu Television Industry. She was born in Surat, Gujarat, and bought up in Hyderabad, Telangana, India.

Anju’s sister Preethi Asrani is also an actress. She Finished her B. Sc and later did Fashion designing & Interior designing courses.

In 2002, She started her acting career in the Telugu television industry. She got fame with the ‘Agnipoolu’ serial and then acted in various serials like Bommarillu, Egire Pavurama, Shubham, Sirisha, Melo Sagam, Dhamayanthi, etc.