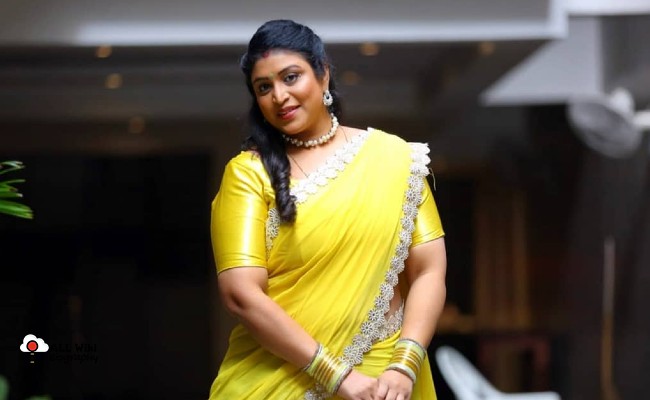 Appala Maria (Uma Devi) is an Indian Actress, who mainly works in supporting roles in the Telugu industry. She was born in Narsipatnam, Visakhapatnam, AP and lives in Hyderabad, Telangana, India.

After her studies, she worked as a receptionist in the Chitralahari dubbing studio. During this time, She made her debut in the Telugu Film industry with Puri Jagannadh’s Bachi movie. She then left her job and continued in Industry.

She then made her debut on Television with the “Bharya Bhartalu” serial on ETV. She next acted in various serial and with ‘Varudhini Parinayam’ serial she got name and fame. Currently, Appala Maria aka Uma Devi acting in three superhit serials ‘Karthika Deepam’ (Star Maa), ‘Kalyana Vaibhogam’ (Zee Telugu), and ‘Prema Entha Madhuram’ (Zee Telugu).

In 2021, Uma Devi Appala participated in the Bigg Boss Telugu Season 5 and was eliminated in the 2nd week.