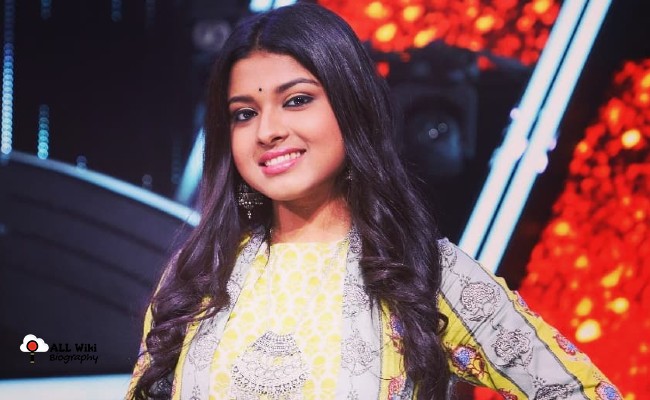 Arunita Kanjilal is a singer and playback singer in the Indian Film Industry. She was born on Saturday, 18 January 2003, in Kolkata, West Bengal, India to Avni Bhushan Kanjilal (Professor) and his wife Sharbani Kanjilal.

Kanjilal did her schooling at St. Xavier’s School, Kolkata, West Bengal, India. Arunita started training in classical training at the age of 4. She learned singing from her maternal uncle and later got training from Ravindra Ganguly of Pune.

In 2013, Arunita debuted as a Contestant in the singing reality show Zee Bangla Sa Re Ga Ma Pa Lil Champs and ended up winning the show.

In the following year, Arunita participated in the Sa Re Ga Ma Pa Lil Champs which aired on Zee TV. She was one of the top 5 contestants under the mentorship of Monali Thakur and won the title of “Manch Ka Guroor”.

In 2020, Arunita participated in Indian Idol season 12 and ended as Runner Up. In 2022, She was participating in the Superstar Singer 2 show as a captain.