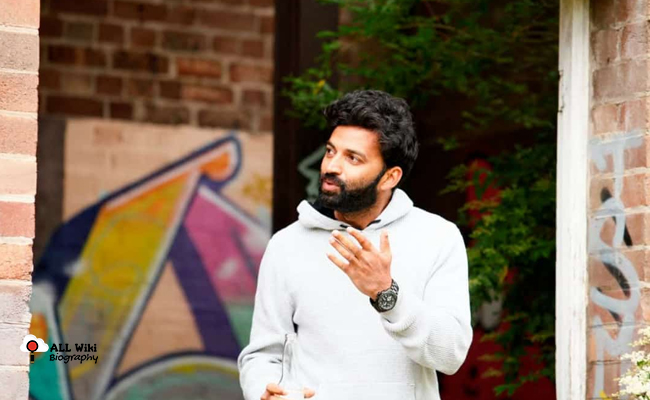 Chaitanya Rao Madadi is an Indian film actor who works in Telugu Cinema. He was born on 13 July 1989 in Karimnagar, Telangana to Karunakar Rao Madadi and his wife Vakula Devi.

He has three siblings, brothers Ravinder Rao Madadi, and Anith Kumar Madadi, and a sister Sharmila Madadi. Chaitanya attended the Jyothishmathi school, Karimnagar, and graduated with an MBA from the University of Canberra, Australia.

After completing his master’s in Australia, he pursued his passion in acting. He got trained in acting by Ramanand Garu who was a casting director for director Teja from his earlier films.

Chaitanya started acting in a few short films at the beginning of his career like 24 hrs and Naa Kathanika. He then did a couple of cameos in films like Premam and Shamantakamani. His debut movie was Bandook, which was the first movie on the Telangana revolution after the state division.

Chaitanya starred in Mahesh Reddy’s Hawaa in 2019 as Charlie. 123telugu wrote, “Chaitanya Madadi is decent in his role and carries the film on his shoulders.”