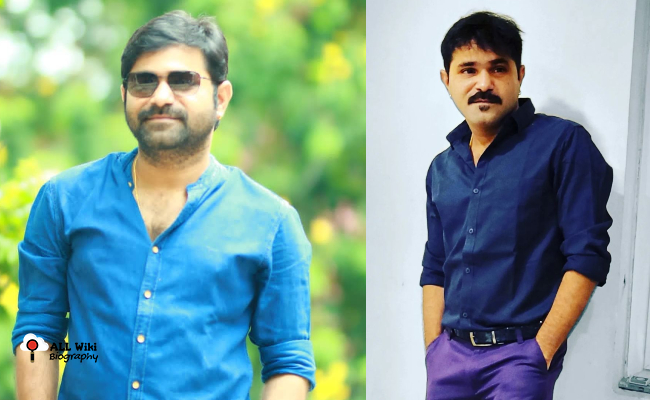 Chalaki Chanti aka Vinay Mohan is an Indian film & Television actor and comedian who mainly works in Tollywood. He was born on Sunday, June 29, 1986, in Hyderabad, Telangana, India.

After his Schooling, He joined Maha Vidyalaya Degree & PG College, Hyderabad to pursue B. Com degree, but due to financial problems, he was left out. Vinay then worked as a customer executive officer in Tata Indicom for some time.

Vinay next worked as a manager in a guest house. During this time, He attend Radio Mirchi auditions and got selected as Radio Jockey. Vinay then hosted a program ‘Chanti bank’ from where Chanti became his nickname.

He used to perform Mimicry to entertain people around him. With this talent, he also worked part-time on Tankbund Tourism boats as a Mimicry artist. Chanti then started giving auditions for roles in cinema.

In 2009, Chanti started his acting career in Tollywood with the ‘Jallu‘ movie. Chanti next acted in the ‘Bheemili Kabaddi Jattu‘ movie, with this movie he earned fame and much-needed recognition. Since then, Chanti acted in more than 80 to 90 films in Telugu Film Industry.

In July 2013, Chanti made his debut in the “Jabardasth” show as a team leader for the ‘Chalaki Chanti‘ team. In fact, Chalaki Chanti skit is the first skit in Jabardasth. After this, Chanti gained a huge name and fame across the Telugu people.

In between, He also worked as a Host and hosted ‘Naa Show Naa Ishtam‘ on ETV Plus. In 2022, Chanti participated in the famous reality show ‘Bigg Boss Telugu 6‘, hosted by Akkineni Nagarjuna.