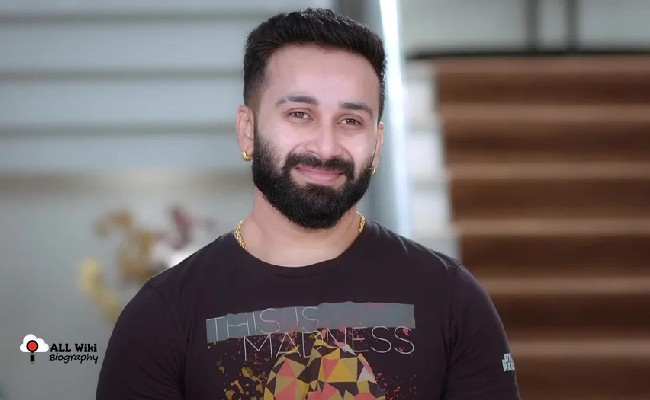 Chandu Gowda is an Indian Actor, who mainly works in Kannada and Telugu languages. He was born on Saturday, August 3, 1991, in Bangalore, Karnataka, India. He belongs to a business family and his father Byrappa is a famous businessman in Karnataka.

Chandu did his schooling at Carmel High School in Bangalore and later finished his graduation from Sapthagiri College of Engineering in Bangalore. After his studies, he worked in a software company for some time.

He then started his career in Modeling. Later in 2015, Chandu made his debut in the Kannada Television Industry with the ‘Gruha Lakshmi’ serial and next acted in the ‘Lakshmi Baramma’ serial.

In 2020, Chandu made his debut in Telugu Television Industry with the ‘Trinayani’ serial. With this serial, he got fame and much-needed recognition. Later, he turned as Host and hosting a celebrity talk show ‘Chat Corner’ in Kannada.