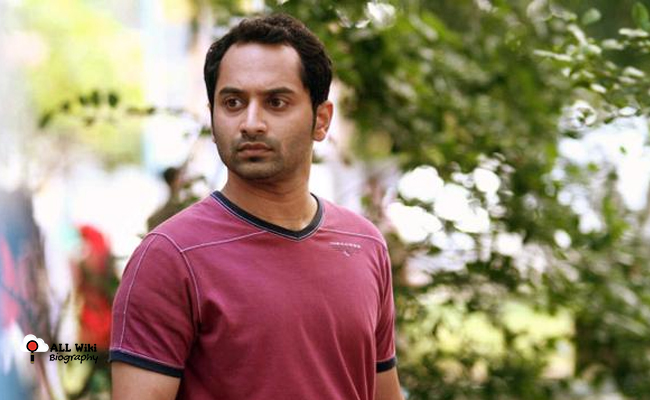 Fahadh Faasil (aka Fahad Fazil) is an Indian film actor, and producer who mainly works in Malayalam Film Industry. He was born on Sunday, 8 August 1982 in Alappuzha, Kerala, India to Fazil (Film director) and his wife Rozina. He has three siblings, a brother named Farhaan (Actor), and two sisters named Ahameda and Fatima.

Fahad studied in different schools like SDV Central School Alappuzha, Lawrence School Ooty, and Choice School Tripunithura. He then studied for a bachelor’s degree in Sanatana Dharma College, Alleppey. Later, Fahad went to the United States to pursue M.A. in philosophy from the University of Miami.

Before going to the USA for Higher studies, in 2002, Fahad made his acting debut in Malayalam film Industry with the “Kaiyethum Doorath” movie. The film was directed by his father, director Fazil, and bombed at the box office.

He then moved to the USA to continue his studies. After five years, Fahad returned to India and acted in the “Kerala Cafe” movie. On 21 August 2014, he got married to actress Nazriya Nazim at Trivandrum.