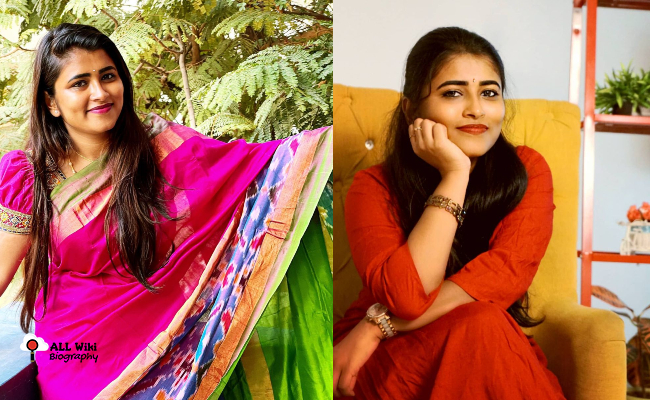 Geetu Royal is a popular Actress, Social Media Influencer, and Youtuber. She was born and bought up in Chittoor, Andhra Pradesh, India.

Geetu’s family was financially well-settled during her childhood. But her father Sekhar Kovur incurred a huge loss in business when she was 4 and they had to pull off even for daily basic needs.

After her schooling, Geetu did her inter in the Narayana Junior College Nandyal and then moved to Bangalore and then finished her graduation. After completing her education, Geetu then joined Amazon and worked for a few years.

Since Geetu was more active in cultural activities, Geetu started making lip-sync videos. Later got to know about TikTok and started making videos on it and simultaneously on Instagram too. During this time, one-day Geetu posted a motivational quote video with her own voice and slang, which went viral and Geetu gained 50,000 followers in one day.

Geetu then started making more and more motivational videos. In a span of five months, Geetu got 550000 followers on TikTok. However since it was banned, She continued her journey on YouTube and Instagram.

Along with motivational videos, Geetu started giving Bigg Boss reviews on her youtube channel ‘Galatta Geetu Royal’. In 2018, Geetu started her career as a Radio Jockey at Radio City Hyderabad. Later, Geetu made her debut on Television with Jabardasth and Worked in Rohini’s Team.

In 2022, Geetu Royal participated in the popular reality show ‘Bigg Boss Telugu 6‘, and was evicted on Day 63.