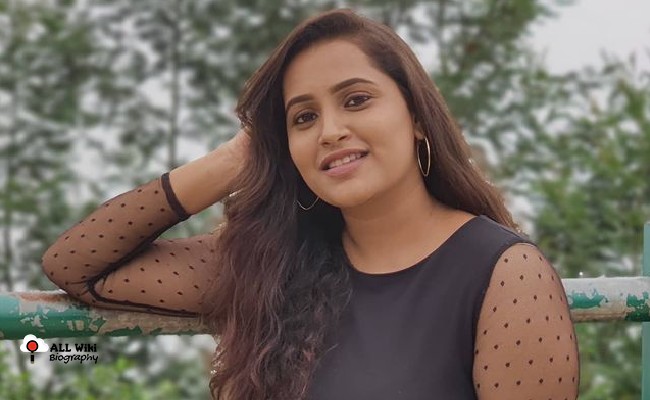 Jacquline Lydia is a Tamil Film Actress and Anchor, who mainly works in the Tamil Industry. She was born on Thursday, February 8, 1996, in Pannur village, Tiruvallur District, Tamil Nadu, India.

Jacqueline did her schooling at St. Mary’s Matriculation Higher Secondary School, Chennai, India, and then did B. Sc in Visual Communication at Loyola College, Chennai.

After her studies, she started her career as an Anchor. She is known for hosting the shows like Kalakka Povadhu Yaaru (seasons 5, 6 and 7) on Star Vijay TV.

In 2015, She made her debut in Tamil Television Industry with the ‘Andal Azhagar’ serial and she next acted in the ‘Thaenmozhi B.A’ serial.

In 2018, she made her debut in Tamil Film Industry with the ‘Kolamavu Kokila’ movie. She then acted in the ‘Kannum Kannum Kollaiyadithaal’ movie.