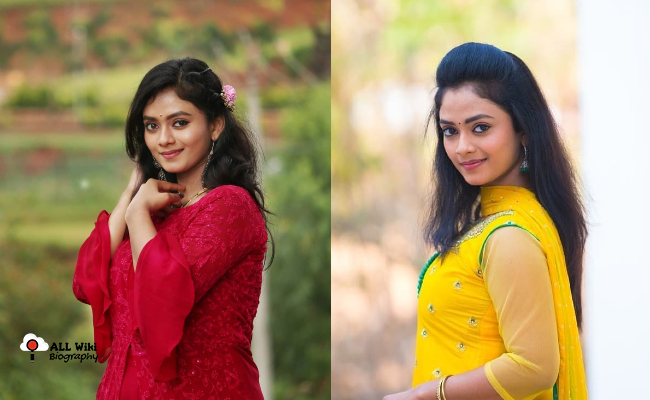 Jaya Harika Byra is a south Indian Film and Television Actress, who mainly works in the Telugu language. She was born on Wednesday, 4th October 1995 in Kakinada, Andhra Pradesh, India.

Due to her father’s job, Harika was bought up in Sirsa (Punjab), Kanpur (UP), Delhi, Gujarat, and Kakinada. Harika did her schooling at Sri Prakash Synergy School (6th to 8th class) and Little Buds School (10th class) in Kakinada.

Harika’s family then moved to Hyderabad. Harika did her intermediate at Narayana Junior College and then did her B. Tech (EEE) at Jagruti Institute of Engineering and Technology in Hyderabad.

During her intermediate, Harika along with her friends attended an audition for a role in Nenu Naa Friends movie but she was selected as one of the leads in that movie. In 2014, Harika started her acting career in Telugu Film Industry with the ‘Nenu Naa Friends‘ movie.