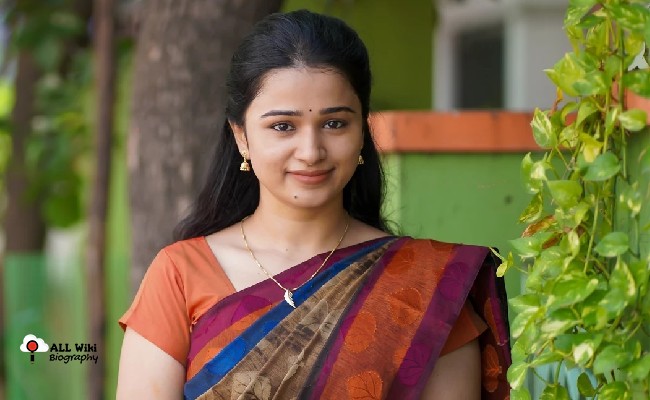 Kannika Ravi is an Indian Television and Film Actress, who mainly works in the Tamil Industry. She was born on Friday, July 8, 1994, in Virudhunagar, Tamil Nadu, India.

In 2011, Kannika started her acting career in Tamil Television Industry with the ‘Amudha Oru Aacharyakuri’ serial, which aired on Kalaignar TV.

She then turned as VJ and worked for the ‘Sabash Sariyana Sirippu’ show on the same channel and next acted in the ‘Kalyana Veedu’ serial.

On 29 July 2021, she got married to Snekan Sivaselvam (Actor & Lyricist) in a traditional wedding ceremony in Chennai.