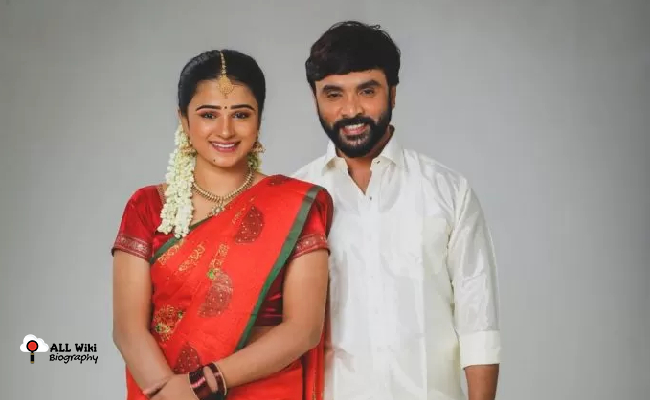 Snehan (Sivaselvam) is an Indian actor, poet, lyricist, and playback singer who mainly works in the Tamil Film Industry. He was born on Friday, 23 June 1978 in Pudhukariyapatti, Thanjavur, Tamil Nadu, India.

He moved to Chennai and started working as an assistant poet & lyricist to Vairamuthu for five years. He next worked as an editor of IIanthendral, a monthly magazine for three years.

During this time, on the launch of his book ‘Mudhal Adhyayam and Innum Pengal Azhaga Irukkirargal’ release function in 1995, he got an offer to write film songs from the popular director K. Balachander.

He then wrote the ‘Alebella Alluthu Dhool’ song from an unreleased Tamil movie ‘Putham Puthu Poove’. Since then, He wrote more than 2500 songs for more than 500 films.

In 2008, He started his acting career in Tamil Television Industry with the ‘Deepangal’ movie. He then acted in various serials like Thekkathi Ponnu, IIavarasi, Appanum Aathalum and Uyirmei. He also acted in a few Tamil films like Yogi (2009), Uyarthiru 420 (2011), Comali (2019), and Bhoomi (2021).

In 2017, He participated in the popular reality show ‘Bigg Boss Tamil Season 1’ and ended as runner up. On 29 July 2021, He got married to Kannika Ravi (Actress) in a traditional wedding ceremony in Chennai.