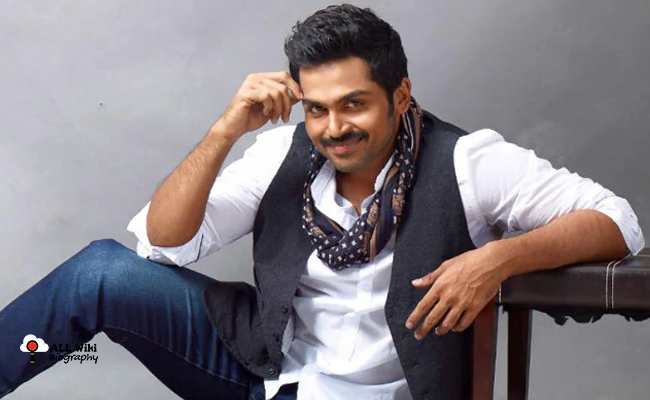 Karthi is an Indian film actor, who mainly works in Tamil Film Industry. He was born on Wednesday, 25 May 1977 in Chennai, Tamil Nadu, India. Karthik is the son of actor Sivakumar and his wife Lakshmi, he made his film debut with the “Aayutha Ezhuthu” in 2004.

He did his schooling at Padma Seshadri Bala Bhavan and St. Bede’s Anglo Indian Higher Secondary School, Chennai. He then graduated with a B.Tech. degree from Crescent Engineering College, Chennai.

After graduation, he worked as an Engineering consultant in Chennai for a few months. Then, karthi went to United States, to earn Master of Science in Industrial Engineering in Binghamton University, New York. During this time, he also attended elective courses on filmmaking.

In 2014, Karthi returned to Chennai and got a chance to work as an assistant director for the film “Ayitha Ezhuthu”. He also done a role as Michael’s friend in this movie. He initially wanted to become a film director, later continued as an actor.