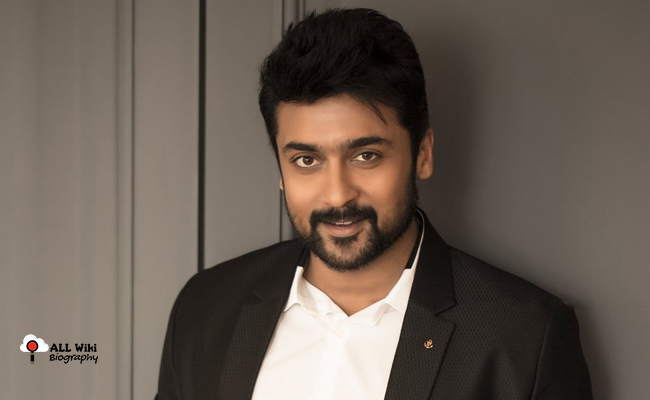 Suriya is a famous Indian film Actor, who mainly works in Tamil and Telugu Languages. He was born on Wednesday, 23 July 1975 to film actor Sivakumar and his wife Lakshmi in Chennai, Tamilnadu, India.

He has two siblings, a brother named Karthi and a sister Brindha. Surya did his schooling at Padma Seshadri Bala Bhavan School & St. Bede’s Anglo Indian Higher Secondary School in Chennai and graduated with a B.Com degree from Loyola College, Chennai. In 1997, Surya made his acting debut in Film Industry with Vasanth’s “Nerrukku Ner” movie.

After dating for few years, Surya married his co-star Jyothika on 11 September 2006. The couple welcomed their first child, a girl, on 10 August 2007 and Named Diya. On 7 June 2010, Jyothika gave birth to a boy, whom they named Dev.