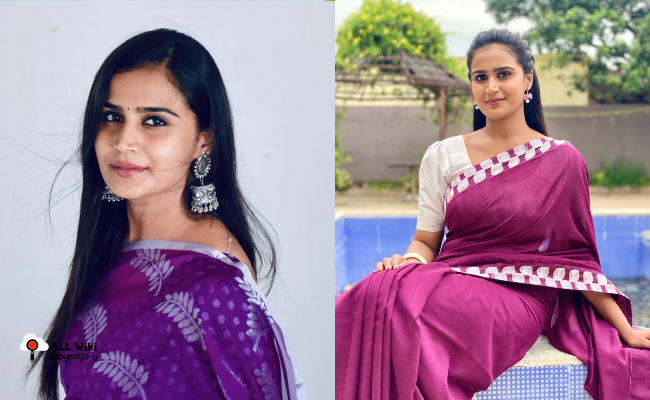 Kavyashree is a south Indian Television Actress, who mainly works in the Telugu language. She was born and bought up in Bangalore, Karnataka, India.

After her studies, Kavya started her acting career in Kannada Television Industry with the ‘Neeli‘ serial. She next acted in a couple of serials like Nayaki, and Mahakali.

In 2019, Kavya made her debut in Telugu Television Industry with the ‘Gorintaku‘ serial along with Nikhil Maliyakkal. With the success of this serial, Kavya gained huge fame across Telugu states.