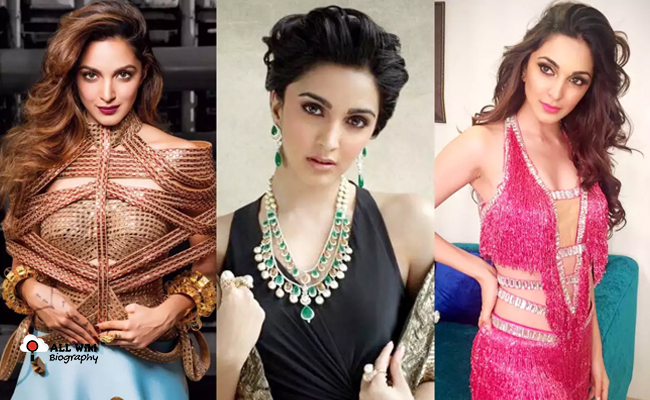 Kiara Advani is an Indian film actress, she was born to Jagdeep Advani and his wife Genevieve Jaffrey on Friday, 31st July 1992 in Mumbai, Maharashtra, India. She was a younger brother, ‘Mishaal Advani’.

Kiara was good at studies and also scored 92% in Class 12. After studies, she did her acting courses with Anupam Kher and Roshan Taneja.

Actually, Kiara’s real name was Alia, she changed her first name to Kiara before the release of her first film, “Fugly” in 2014. In an interview, she stated that it was Salman Khan‘s suggestion to change her first name from Alia to Kiara, as Alia Bhatt was her contemporary.

In 2014, Kiara made her debut in the film industry with Kabir Sadanand’s Comedy Drama “Fugly”, which is being directed by Ashvini Yard, Alka Bhatia and Akshay Kumar.

In 2016, She next acted in M.S. Dhoni: The Untold Story, the life of MS Dhoni, an Indian cricketer who was the former captain of the Indian cricket team. Starring Sushant Singh Rajput as Dhoni, Advani as her wife, Sakshi Dhoni.

In 2019, she next acted in Ram Charan‘s Vinaya Vidheya Rama and Sandeep Reddy Vanga’s Kabir Singh.