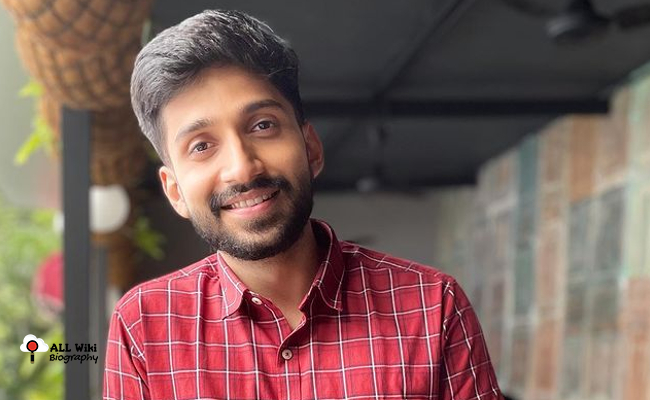 Kishen Das is an Indian film actor, who mainly works in the Tamil Film industry. He was born on Sunday, 25 April 1993 in Kozhikode, Kerala, India.

He did his schooling at Chettinad Vidyashram in Chennai and then, finished his bachelor’s degree in Visual Communication from Loyola College, in Chennai.

After his studies, in 2017, He joined ‘Fully Filmy’ as a video production intern and Later worked as Social Video & Video Production executive in the same company.

In 2020, he left his job and started doing freelance for content creation and marketing. A year later, he joined the ‘Social Beat’ company and worked as Senior Social Media Specialist & Digital Marketing Manager.

In 2022, Kishen started his acting career in the Tamil Film Industry with the ‘Mudhal Nee Mudivum Nee’ movie, which was released on ZEE5.