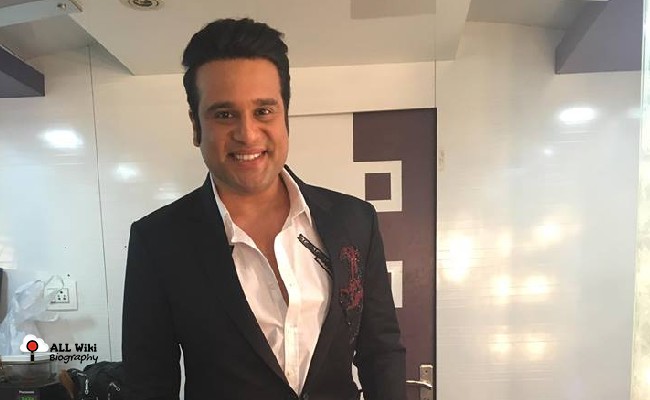 Krushna Abhishek is an Indian film actor, television presenter, and producer who mainly works in Hindi cinema. He was born on Monday, May 30, 1983, in Mumbai, Maharashtra, India.

Krushna did his schooling at St. Loran High School. In 1996, he made his acting debut with the ‘Just Mohabbat’ serial in Hindi Television Industry. He then made his debut in Bollywood with the ‘Yeh Kaisi Mohabbat Hai’ movie in 2002.

He also appeared in the popular reality show Bigg Boss in few seasons as a Guest to support his sister Arti Singh (Bigg Boss 13) and his wife Kashmera Shah (Bigg Boss 14).

In 2006, Krishna met Kashmera Shah for the first time on the sets of their film, ‘Aur Pappu Pass Ho Gaya’. After dating for a few years, both moved into a live-in relationship. But his family was not happy with his relationship with Kashmera as she was divorced from her first husband.

In 2014 in an event, Krushna and Kashmera revealed that they have secretly got married in June 2012. The couple was blessed with twin boys; Rayaan and Krishaang in June 2017.