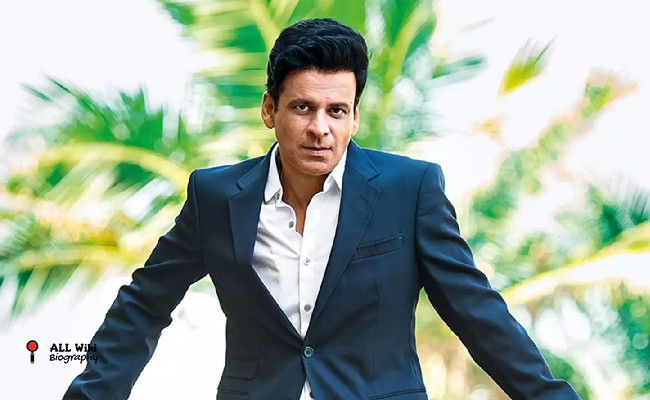 Manoj Bajpayee is an Indian film actor, who mainly works in Hindi cinema. He was born on Wednesday, April 23, 1969, in Belwa, West Champaran district, Bihar, India.

His father Radhakant Bajpayee was a farmer and his mother was a housewife. Manoj has 5 other siblings and one of his younger sisters Poonam Dubey is a Fashion Designer in Bollywood.

He did his schooling at Khrit Raja High School, Bettiah and he then completed his 12th class at Maharani Janaki College, Bettiah, Bihar. Manoj then moved to New Delhi and Joined Satyawati College, then to Ramjas College, Delhi & completed his graduation.

After graduation, as he wanted to become an actor, he applied for the National School of Drama, but he was rejected three times. Manoj then attended director and acting coach Barry John’s workshop. John Impressed by Bajpayee’s acting and hired him to assist him in his teaching.

After few months, he again applied at the National School of Drama, and this time they offered him a teaching position at the school instead.

In 1994, Manoj made his acting debut with a one-minute role in Drohkaal movie and in the same year, he then acted in the “Bandit Queen” movie. In the following year, he made his debut in Television with the Kalakaar ‘serial’.

Manoj Bajpayee was married to a girl from Delhi but got divorced after two months. In 1998, Manoj then married his ‘Kareeb’ co-star Shabana Raza, who is also known as Neha. In 2006, The couple blessed with a baby girl, Ava Nayla.