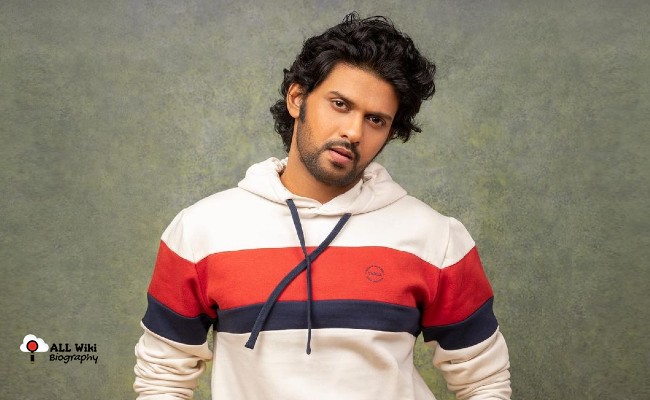 Naveen Polishetty is an Indian film actor and writer who mainly works in Telugu cinema. He was born on Wednesday, December 27, 1989, in Hyderabad, Telangana, India.

At a young age, he wanted to join the Reserve Bank of India. Since his school days, he was always actively participated in stage performances. During this time, he played the role of a ‘bartender’ in a school play, from when he got inclined towards acting.

He then attended the RJ hunt contest and also won the contest conducted by Hyderabad Radio City 91.1. During this time, he also appeared in a small role in the Telugu film Life Is Beautiful (2012).

He next participated and ended as the winner in a web initiative by AbMeriBaari, an acting hunt to find talented individuals looking for a break in the Indian entertainment industry.

After completing his graduation, Naveen joined a software company in Pune. He then moved to England and joined a Telecom company in England.

During this time, he realized that he is not made for such kind of jobs, after which, he quit his job and came back to India. He then started doing acting rehearsals in Bengaluru.

Surprisingly, his parents were unaware of the fact that he had quit his job in England initially; as he used to tell them that he is on a vacation to hide his acting aspirations.

In 2014, he then shifted to Mumbai to pursue his career in acting. Initially, during his struggle days, he used to host live events, did a few marketing jobs.

After getting a good response as a comedian, he then decided to try his hand at stand-up comedy and joined ‘AIB’ (All India Bakchod).

With his work in AIB, he got an offer for the main character of Kush Sawant in the crime thriller TV series alongside Anil Kapoor. He next acted in a small role as Naveen in Mahesh Babu‘s ‘1 – Nenokkadine’ movie in 2014.

In 2016, he acted in the web series ‘Chinese Bhasad’, made by Viacom18 on Voot. With this web series, Naveen got his first break and fame in the Entertainment industry.

In 2019, He made his debut as lead actor in Telugu Film Industry with Agent Sai Srinivasa Athreya’ movie. He also made his debut in Bollywood with Chhichhore film in the same year. In 2021, Naveen next acted in a comedy film Jathi Ratnalu.