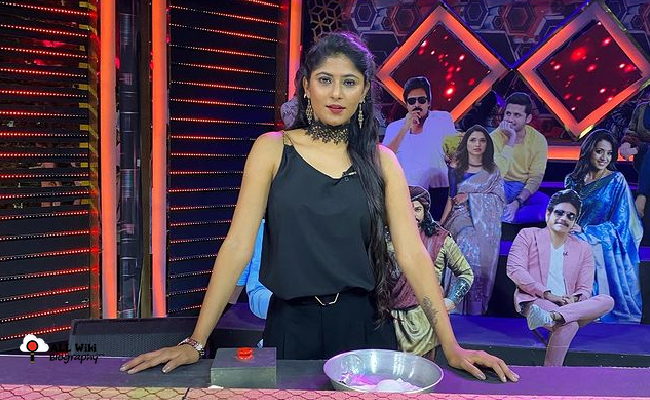 Neha Chowdary is an Indian Presenter, who mainly works for Star Sports Telugu. She was born in a middle-class Hindu family and brought up in Gokinepalli, Mudigonda, Khammam, Telangana, India.

Along with as a news presenter, She is also a good actress, dancer, model, Yoga trainer, and Swimmer. She was born and bought up in Hyderabad, Telangana, India. She is a professional gymnast & grabbed many national-level awards and also played cricket at the district level.

Neha did her graduation in Computer Science Engineering from a private college and worked as a software engineer at Google for Six months. Later, she started her career as an Anchor on Maha News Channel. She then worked for various channels like Sakshi, Hmtv, NTV, Vanitha TV, Maa Music, etc.

In 2018, She participated in a Television show ‘Maharani’ hosted by Lakshmi Manchu on Zer Telugu and ended as Runner Up. Neha then hosted the South India International movie awards (SIIMA) 2019.

During this time, She got a call from Star Sports Telugu, and later, she attended the audition & selected. From then, she started hosting sports events like Pro Kabaddi, IPL, ICC World Cup, and other sports events on Stars Sports Telugu.

Apart from anchoring, Neha also acted in a TV series called ‘Nijam’ which aired on ETV plus channel. In 2021, She starred in a video song of Super Annade Naa mama by Aditi Bhavaraju on Madhura Audio.

In 2022, Neha participated in the Telugu reality show ‘Bigg Boss Telugu 6‘ and was evicted on Day 21. On 18th December 2022, She married Anil (his BTech classmate) in Hyderabad.