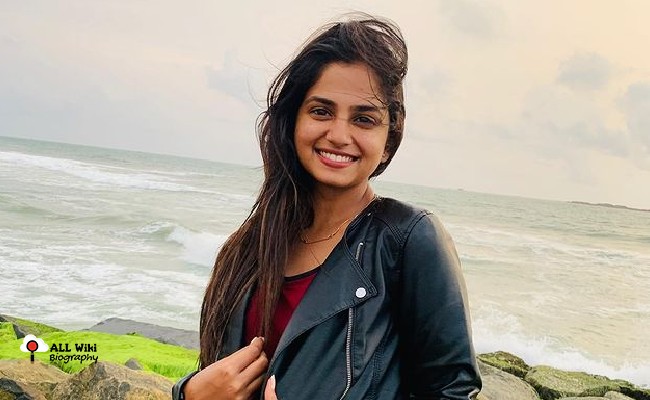 Raksha Gowda is an Indian Serial Actress, who mainly works in the Kannada and Telugu industries. She was born on Friday, February 17, 1995, in Bangalore, Karnataka, India.

Raksha’s father is a government employee and her mother is working as a staff nurse. She has a younger brother. After her schooling, She did her BBA from Jain College, Bangalore.

In 2017, Raksha started her career in Kannada Television Industry with the ‘Radha Ramana‘ serial and She next acted in the ‘Putmalli‘ serial.

In 2018, She made her debut in Telugu Television Industry with the ‘Krishnaveni‘ serial. Currently, She was acting in Star Maa’s ‘Guppedantha Manasu‘ serial along with Mukesh Gowda. With this serial, Raksha gained huge fame across Telugu states.