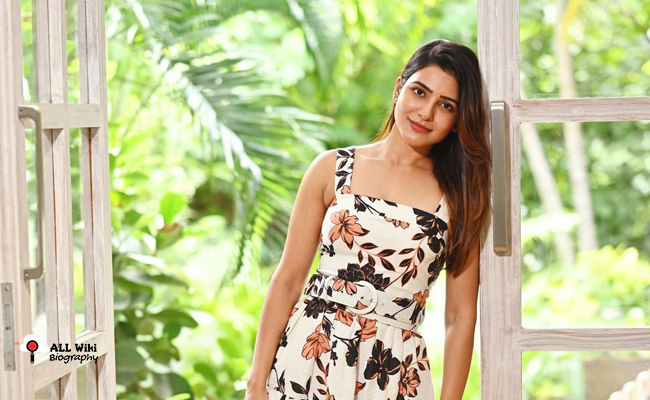 Samantha Ruth Prabhu (aka Samantha Akkineni) is an Indian film actress, who mainly works in Telugu and Tamil language cinemas. She was born on Wednesday, 28 April 1987 to Joseph Prabhu and his wife Ninette in Chennai, Tamil Nadu, India.

She has two elder brothers, Jonathan, David. Sam did her schooling at Holy Angels Anglo Indian Higher Secondary School and graduated with a degree in commerce at Stella Maris College, Chennai, Tamil Nadu, India. Since college days, Sam involved in modeling and worked on few assignments.

In 2010, Samantha made her acting debut by playing the lead role in Gautham Menon’s bilingual Movie “Ye Maaya Chesave, along with Naga Chaitanya in Telugu and Tamil Languages. The film marks the first collaboration of Gautham Menon and AR Rahman. Sam impressed everyone with her acting and looks as “Jessie”,

After dating for seven years with her debut hero ‘Naga Chaitanya‘ and they were engaged in a ceremony on 29 January 2017. The couple got married as per Hindu tradition customs on 6 October 2017 in Goa and then in Christian tradition on 7 October 2017.