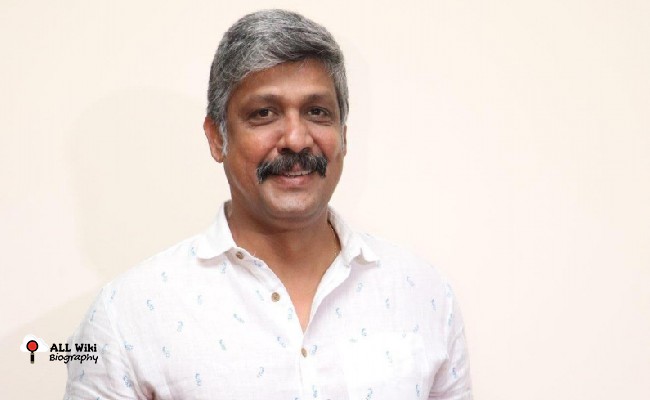 Sampath Raj is an Indian Film Actor who mainly works in the South Film industry. He was born on Wednesday, December 25, 1968, in Lucknow, Uttar Pradesh, India

He is Hails from Nellore, Andhra Pradesh. His father is an Amry doctor, he was was born in Lucknow, Uttar Pradesh, India and bought up in various states like Delhi, Punjab, and Bangalore.

Due to his father’s job, he did his education in three states, his schooling was done in Delhi and Punjab. His higher education in Bangalore. He then shifted to Chennai to pursue his career in movies.

But his mother was not interested in movies as (people might think he was not well educated so he chosen films) they are from an army background family, so he decides to start an advertisement agency, so can work close to movies.

During this time, his friend attended an audition and got rejected, but he felt that Sampath would suit the role perfectly. Initially, he was not interested, but due to his friend’s constant request, he attended that audition and got selected for that role in the ‘Neranja Manasu’ movie in 2004.

When he was 23, he got married to Saranya Ponvannan (actress) and the couple was blessed with a baby girl. When he was 31, Due to unknown reasons, with mutual understanding both got a divorce. Sampath overtook the responsibility of his daughter.

He is known for negative roles in movies like Dammu, Mirchi, Jilla, Run Raja Run, and more.