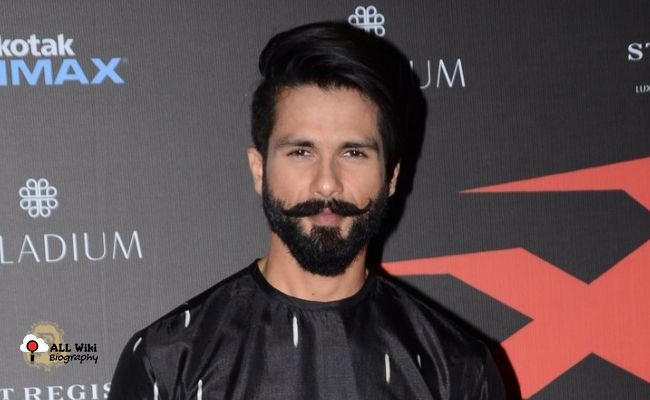 Shahid Kapoor is an Indian Film Actor, who mainly works in Bollywood Film Industry. Kapoor was born on Wednesday, 25 February 1981, to Pankaj Kapoor and his wife Neelima Azeem.

When he was three years old, his parents divorced and his father shifted to Mumbai. Later, married the actress Supriya Pathak. Shahid continued living with his mother and maternal grandparents in Delhi. Later, his mother Neelima also married the actor Rajesh Khattar and separated in 2001.

Shahid did his schooling at Gyan Bharati School in Delhi and Rajhans Vidyalaya in Mumbai and graduated from Mithibai College, Mumbai, Maharashtra, India.

In 2003, Shahid made his acting debut with “Ishq Vishq” movie, the film did very well at the box office and won Shahid the Filmfare Award for Best Male Debut.