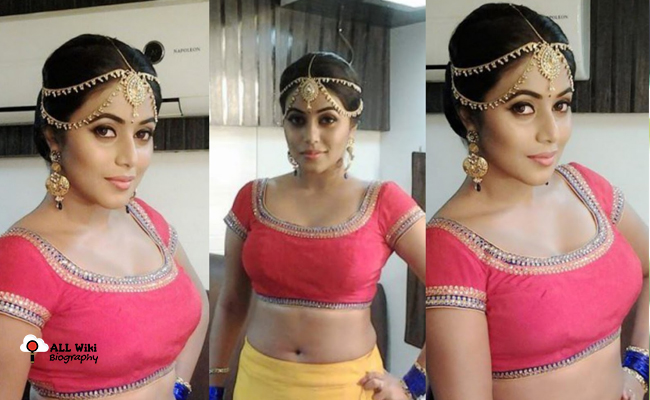 Shamna Kasim aka Poorna is an Indian Film Actress, Model, and Dancer. She was Born on 23rd May 1989 in Kuruva, Thayyil, Kannur, Kerala, India.

In 2004, Poorna debut with the “Manju Poloru Penkutty” movie in Malayalam. With Ravi Babu’s #Avunu movie Poorna got fame in which she played the role of Mohini.

Poorna aka Shamna Kasim was born on tuesday, 23rd May 1989 to Kassim and Ramla Beevi. She was born as the youngest of five children. She has four siblings, a brother named Shanavas and three sisters named Sheriffa, Arifa, and Shaina respectively.

She started her career as classical dancer and participated in the reality based dance competition “Super Dance” on Amrita TV.

Subsequently, she acted in several films like College Kumaran, Josh, and 9 KK Road in Tamil, Kannada, and Malayalam languages.

In 2012, with Telugu movie “Avunu” she gained fame and also won critical acclaim, which led to movie makers wanting to cast her in horror films.

Currently, she is doing as Judge in “Dhee” a dance reality show in ETV.