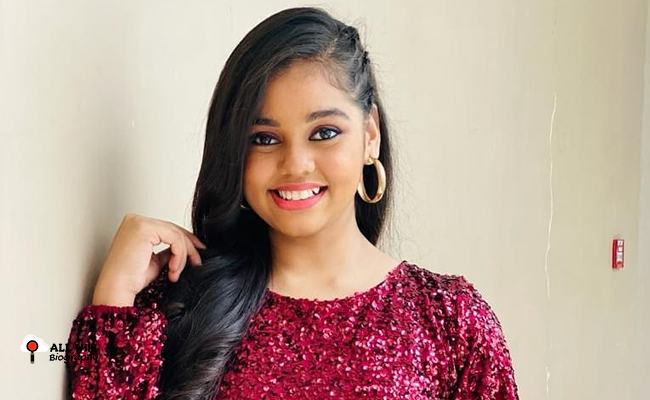 Shanmukha Priya is a singer and playback singer in the Indian Film Industry. She was born on Thursday, July 4, 1996, in Rajahmundry, Andhra Pradesh, India to Veena Srinivas Kumar and his wife Rathnamala.

Priya did her schooling at Sri Chaitanya Techno School, Visakhapatnam. She belongs to a musical family as her parents are musicians. Her father plays five instruments like Veena, Guitar, Violin, Madeline, & Keyboard and he is also a singer.

She learned singing from her mother (MA in music) who is a music teacher. In 2008, Priya debuted as a Contestant in the singing reality show Zee Telugu Saregamapa Lil Champs.