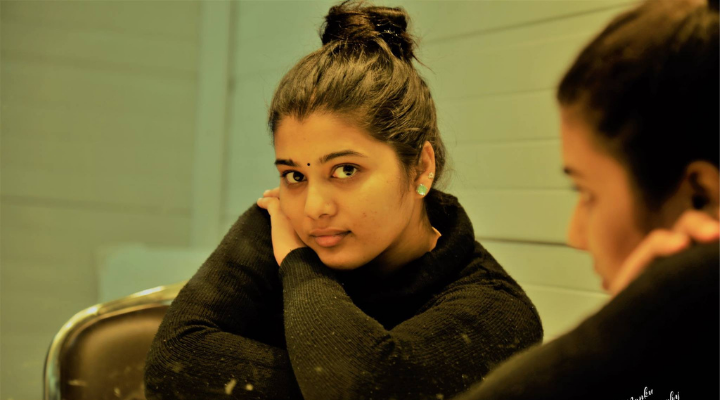 Sharanya Pradeep is an Indian film actress and anchor, who mainly works in the Telugu industry. She was born on 17th May 1992 in Nirmal, Nirmal District, Telangana.

After completing her studies, Saranya started her career as a newsreader on V6 News Channel. In 2015, she married Pradeep Manku and her parents were against her marriage during that time.