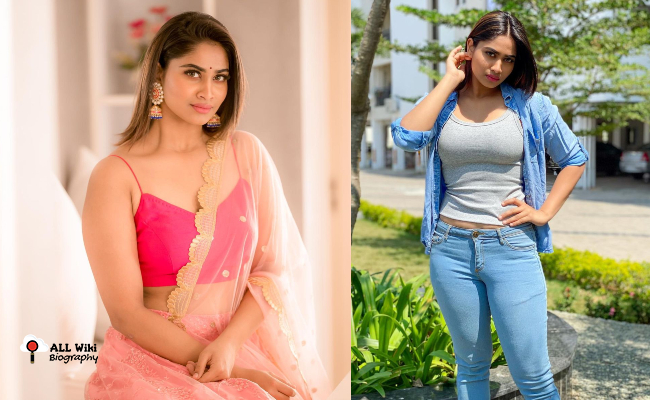 Shivani Narayanan is an Indian film actress and model, who mainly works in Tamil Industry. She was born on 5th May 2001 in Chennai, Tamil Nadu, India.

In 2016, Shivani made her Television debut with the TV Serial, ‘Saravanan Meenatchi Season 3’. She got fame after playing the role of ‘Sneha’ in the “Pagal Nilavu” Serial.

Shivani Narayanan was born on Saturday, 5th May 2001 in Chennai to Mr. Narayanan and his wife Akila Narayanan. Shivani is the single child of her parents. Shivani did her schooling at Vidya Mandir School, Chennai, Tamil Nadu.

In 2015, when she was fourteen years old, she started her career in modeling by doing print shoots and Advertisements.

In 2016, Shivani made her Television debut with “Saravanan Meenatchi Season 3” TV Serial. Next, She appeared in the ‘Pagal Nilavu’ serial and got fame, in which she played the role of ‘Sneha’.

In 2018, she appeared as a contestant along with Azeem in Vijay TV’s “Jodi Fun Unlimited”.