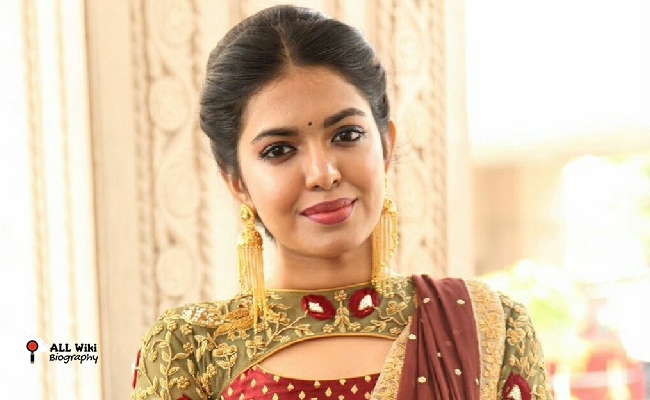 Shivani Rajashekar is an Indian actress, and producer, who mainly works in Telugu Film Industry. She was born on Saturday, 1st July 1995 in Hyderabad, Telangana, India.

She is the elder daughter of Actor Rajashekar and Actress Jeevitha. In 2018, After her studies, She signed the ‘2 States’ Telugu remake, but due to unknown reasons movie was shelved.

She then started her own production house ‘Shivani Shivatmika Movies‘ along with her sister Shivatmika Rajashekar. The sisters produced his father’s movie ‘Kalki’, which is directed by Prasanth Varma.

In 2021, She started her acting career with the ‘Pelli SandaD’ movie. She then acted in a couple of movies like WWW (Telugu) and Adbhutham (Telugu),

In 2022, Shivani made her debut in Tamil Film Industry with the ‘Anbarivu’ movie. She then acted in various movies like Nenjuku Needhi (Tamil), Shekar (Telugu), and Aha Na Pellanta (Telugu).