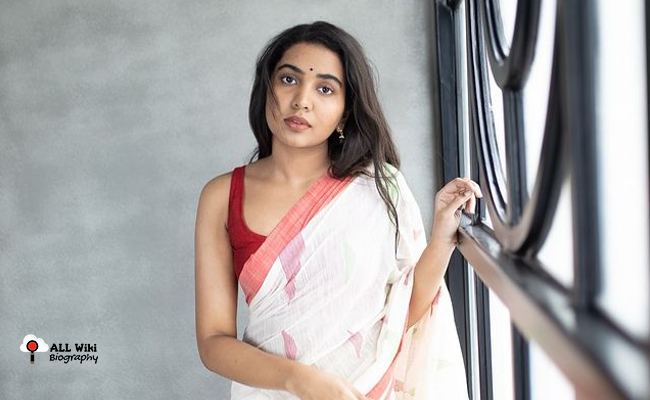 Shivathmika Rajashekar is an Indian actress, and producer, who mainly works in Telugu Film Industry. She was born on Saturday, 22 April 2000 in Hyderabad, Telangana, India.

She is the younger daughter of Actor Rajashekar and Actress Jeevitha. In 2019, After her studies, She started her acting career in the Telugu Film Industry with the ‘Dorasani’ movie.

She also started her own production house ‘Shivani Shivatmika Movies’ along with her sister Shivani Rajashekar. The sisters produced his father’s movie ‘Kalki’, which is directed by Prasanth Varma.

In 2021, She made her debut in Tamil Film Industry with the ‘Anandham Vilayadum Veedu’ movie, directed by Nandha Periyasamy. She then acted in various movies like Ranga Maarthaanda, Nenjuku Needhi, Nitham Oru Vaanam, and Panchatantram.