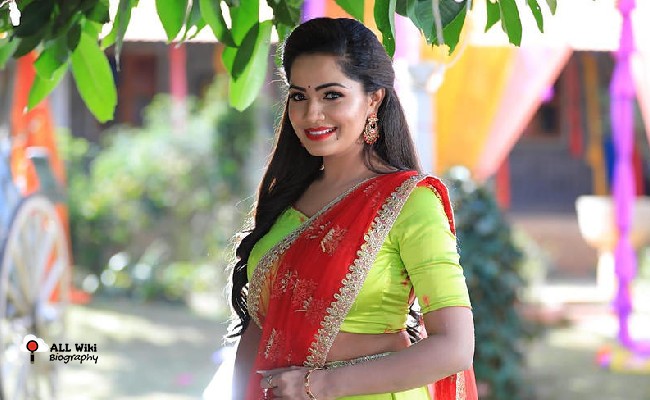 Shobha Shetty is an Indian Television Actress, who mainly works in the Telugu and Kannada Television industries. She was born Saturday, January 20 1990, in Bangalore, Karnataka, India.

She did her schooling at Bapuji High School, Davangere and later, finished his M. Sc degree from Bangalore University. In 2013, she made her debut in Kannada Television Industry with the ‘Agnisakshi’ serial, where she played the role of ‘Tanu’. She then acted in ‘Kaveri’ and ‘Rukku’ serials.

She then acted in the serial, ‘Karthika Deepam’, which is aired on Star Maa, in which, she played a negative role as ‘Monitha’. For her performance in this serial, she won Star Maa Parivaar Award for ‘Best Negative Role’ in 2019.

Along with Kathika Deepam, She currently acting in few serials like ‘Lahiri Lahiri Lahirilo’, ‘Attarintiki Daredi’, and ‘Hitler Gari Pellam’.