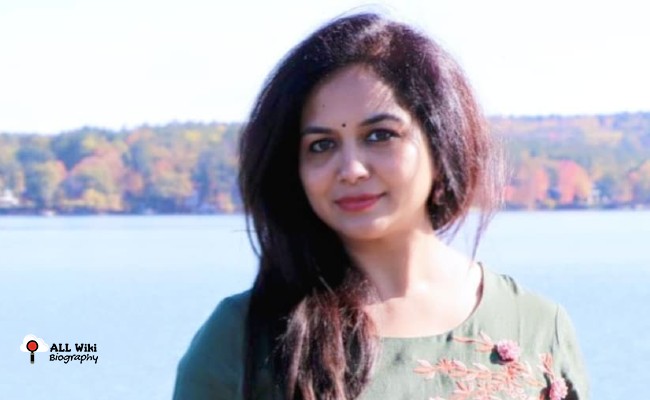 Singer Sunitha aka Sunitha Upadrashta is a famous singer, anchor, actor, and dubbing artist in the Telugu Film Industry. She was born on Wednesday, May 10, 1978, in Guntur, Andhra Pradesh, India.

She was born in a music-loving family. Her father Upadrasta Narasimha Rao and mother Sumathi are well-known to music lovers at Vijayawada and Guntur. At the age of 6, Sunitha started her training in music from Pemaraju Surya Rao in Carnatic Vocal. Next, she then trained in Light music from Kalaga Krishna Mohan.

She got many opportunities at a very early age to participate and perform in concerts and programs. She also participated in well-known programs featured by All India Radio. At the age of 13, she participated in Tyagaraja Aradhana Utsavalu along with her guru Pemmaraju Surya Rao.

In 1995, at the age of 17, Sunitha started her career in Telugu Film Industry with the “Ee Vela Lo Neevu” song written by Sirivennela Sitaramasastri in ‘Gulabi’ movie. Apart from movie songs, she also sang Telugu TV serial title songs such as Ruturagalu & Antarangalu.

At a very young age, Sunitha got married to Kiran Kumar Goparaju who works in the media. They have a are named Aakash Goparaju and a daughter named Shreya Goparaju. But, due to unknown reasons, both got divorced. In 2021, Sunitha married Ram Veerapaneni in Hyderabad.

She sang nearly 3000 songs in many south Indian films in Telugu, Tamil, and Kannada. Along with singing, she also stepped into the world of dubbing. In 1998, for the first time, she gave her voice to Soundarya for Choodalani Undi starring Megastar Chiranjeevi.

She then achieved a very rare feat as a dubbing artist in the Telugu film industry with a record-breaking contribution of lending voice to 110+ actresses spread across 750+ films.