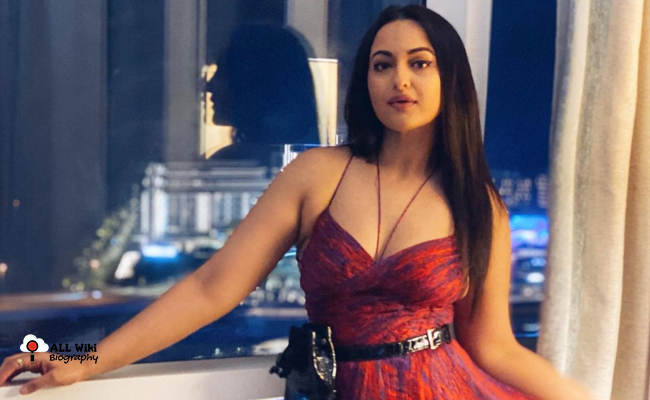 Sonakshi Sinha is an Indian film actress who mainly works in Bollywood. She was born on Tuesday, 2nd June 1987 to Bollywood veteran actor Shatrughan Sinha and actress Poonam Sinha in Patna, Bihar, India.

Prior to entering into films, she worked as an usher at the Lakme Fashion week. In 2005, Sonakshi started her career in fashion designing by designing the costumes for films such as Mera Dil Leke Dekho. During this period, she inclined towards acting and modeling.

Earlier, She was overweight, but she lost more than 30 kgs for her debut film ‘Dabangg’. In 2010, She made her acting debut as a leading actress in ‘Dabangg’ movie opposite Salman Khan, in which she played the role of ‘Rajjo Pandey’.

With the massive succes of the film, she got huge fame and offers from popular film makers. She also done many hit movies like ‘Rowdy Rathore’, ‘Son of Sardaar’, Dabangg 2′, ‘Himmatwala’, ‘Bullet Raja’, ‘Dabangg 3’, etc.