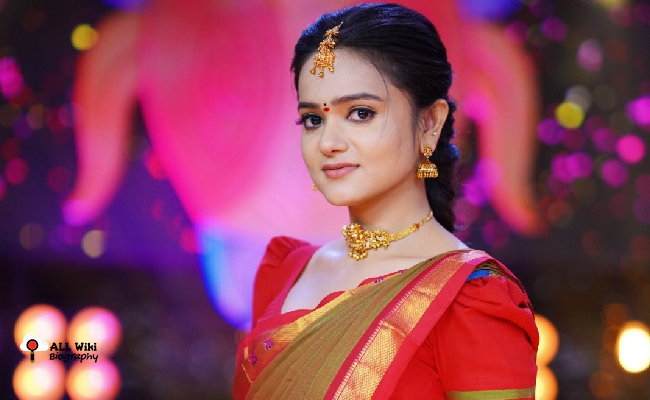 Sri Satya Mangalampalli is an Indian Actress and Model, who mainly works in the Telugu Television & Film Industry. She was born on Sunday, 29th June 1997 in Chittoor, Andhra Pradesh, India.

She then acted in a couple of movies like Godari Navvindhi, Love Sketch, etc. In 2018, She started her career in Telugu Television Industry with the ‘Muddha Mandaram’ serial. She then acted in a few serials like Ninne Pelladatha, Attarintlo Akka Chellellu, Trinayani, etc.

In between, she also acted in various short films and web series like Love Sketch, Tharunam, Antha Branthiyenaa, and Thondara Padaku Sundara Vadhana. In 2022, Satya participated in the popular reality show ‘Bigg Boss Telugu 6‘, which is being hosted by Akkineni Nagarjuna.