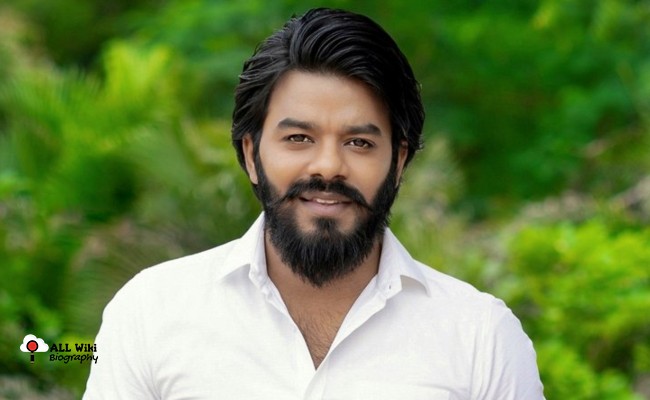 Sudigali Sudheer is an Indian film actor and Television Presenter who mainly works in Telugu Entertainment Industry. He was born on Tuesday, May 19, 1987, to Dev Anand Bayana and Nagarani Bayana in Vijayawada, Krishna District, Andhra Pradesh, India.

Sudheer has a younger brother, Rohan. While studying intermediate his father became sick, to support his family, he came to Hyderabad in search of a job.

In 2010, Before making his debut in Jabardasth, he worked as a Magician. He started his career as Television Host and hosted “Street Magic Sweet Magic” and also appeared as a Magician in Star Maa’s show “Abra Ka Dabra ” and “Magic mantra”.

In 2013, Sudheer made his debut in the “Jabardasth” show, as a team member in the ‘Venu wonders’ team. Within a short period, he became Team leader and named his team “Sudigali Sudheer“.