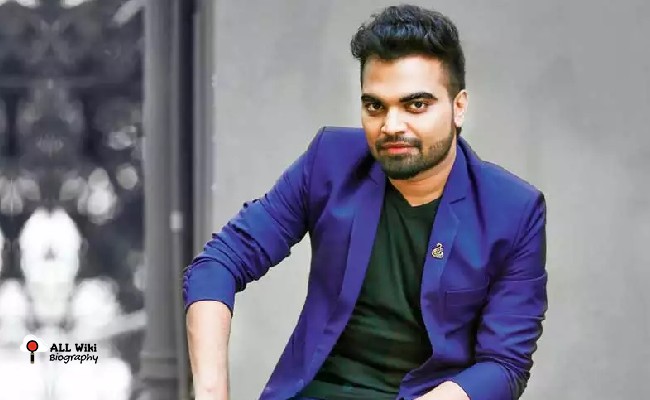 Pradeep Machiraju is an Indian Television Presenter and actor who mainly works in Telugu Industry. He was born on Friday, October 24, 1986, to Panduranga Machiraju and Nagarani Bayana in Amalapuram, Andhra Pradesh, India.

Pradeep did his schooling at St. Alphonsa’s High School and later completed his Bachelor’s Degree in EEE from Vignan Institute of Technology and Science. After education, he started his career as Radio Jockey at Radio Mirchi.

In 2021, Pradeep made his debut as a lead actor with “30 Rojullo Preminchadam Ela”.