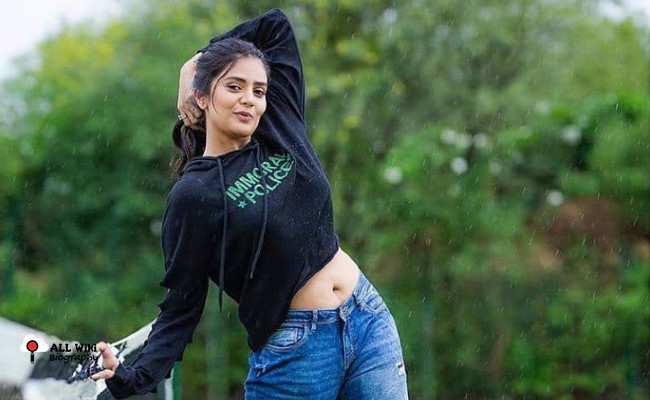 Sreemukhi is an Indian Actress and Anchor, who mainly works in Telugu Industry. She was born on Monday, May 10, 1993, to Ramkishan and his wife Latha in Nizamabad, Telangana, India.

In 2012, Sreemukhi started her acting career in the “Julayi” Film and later, acted in the “Life is beautiful” movie. For the first time, she played the lead actress role in the “Prema Ishq Kaadhal” movie, and in the same year, she started her career in Television as a Host with “Adhurs” (Talent Show).

In 2013, She made her Tamil Debut with the “Ettuthikkum Madhayaanai” movie and she next acted in Telugu – Kannada Bilingual Movie “Chandrika”.