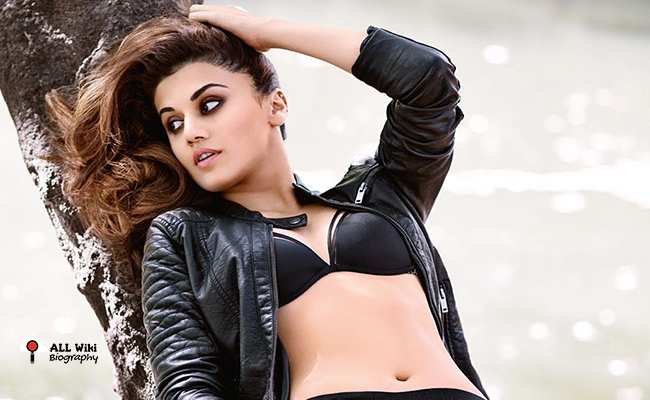 Taapsee Pannu is an Indian film actress, who mainly works in Hindi Film Industry. Tapsee was born on Saturday, 1st August 1987 to Dilmohan Singh Pannu and his wife Nirmaljeet in New Delhi, India.

Taapsee did her schooling at Mata Jai ​​Kaur Public School and graduated with a B.Tech. degree from Guru Tegh Bahadur Institute of Technology, New Delhi, India. After studies, she worked as a software engineer.

She auditioned and was selected for Channel V’s talent show Get Gorgeous, which eventually led her to became a full-time model. Later, Taapsee appered in many television and print commercials.

In 2010, with K. Raghavendra Rao’s romantic musical Jhummandi Naadam (Telugu Film), Taapsee made her acting debut in Film Indutry. Prior to the film’s release, Taapsee got three more offers in Tollywood.

In the following years, Taapsee made his debut in Tamil Industry with Dhanush’s Aadukalam in 2011. The film, set in the backdrop of Madurai, where she played the role of an Anglo-Indian girl falling in love with a rural man.