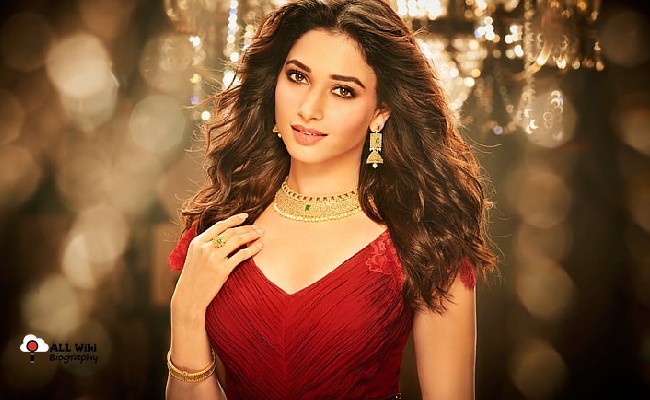 Tamannaah Bhatia is a popular Indian film actress, who mainly works in Telugu Tamil, and Hindi Languages. She was born on Friday, 21 Dec 1989 to Santhosh Bhatia and his wife Rajani Bhatia.

She did her school at Maneckji Cooper Education Trust School, Mumbai. Later, she pursued a Bachelor of Arts degree (Distance Education) from the National College, Mumbai.

During her school’s annual day function, at the age of 13, she was spotted and offered a lead role, then became a part of Mumbai’s Prithvi Theater and she also worked for a year with them.