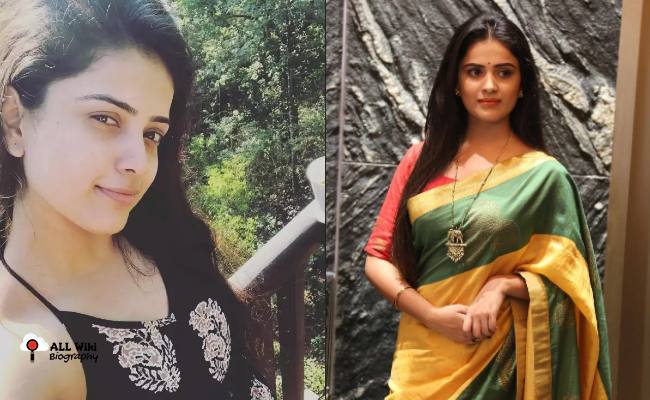 Thanuja Puttaswamy (aka Thanuja Gowda) is a south Indian Television Actress, who mainly works in the Telugu, Kannada, and Tamil languages. She was born on Thursday 5th March 1992 in Bangalore, Karnataka, India.

After her studies, Thanuja started her acting career in Kannada Film Industry with a horror film ‘6-5=2‘ and it was dubbed in Telugu as ‘Chitram Kadu Nizam‘.

She next acted in the Dhande Boys movie. Tanuja then made small screen debut in Telugu Television Industry with the ‘Andala Rakshasi‘ serial.

Tanuja next acted in the Mudda Mandaram serial on Zee Telugu along with Pavan Sai. This received a Magnum opus response and ran over 1500 episodes. Tanuja and pavan pair has a huge fan base across social media.

Tanuja then made her debut in Tamil Television Industry with the Siva Manasula Sakthi serial on Vijay TV. Later, She acted in the ‘Agnipariksha‘ serial on Zee Telugu.