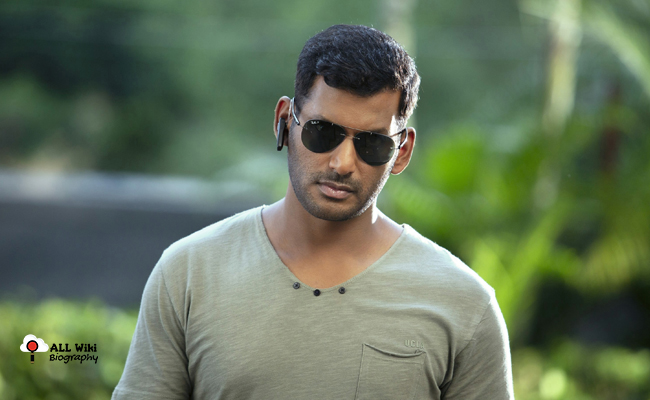 Vishal is an Indian film actor, singer, and producer who mainly works in Tamil Film Industry. He was born on Monday, 29 Aug 1977 in Visakhapatnam, Andhra Pradesh, India to G. K. Reddy (Film Producer) and his wife Janaki Devi.

He has two siblings, a brother named Vikram Krishna and a sister Aishwarya. Vishal did his schooling at Don Bosco Matriculation Higher Secondary School, Chennai. He then joined Loyola College to pursue Visual Communications.

In 1989, Vishal made his acting debut with the “Jadikketha Moodi” movie, as a child artist. In 2001, He then worked as Assitant director for the “Vedham” movie.

With the “Sathyam” movie, he made his debut in Telugu Cinema. For the first time, Vishal portrayed a police officer in this movie. Next appeared in a few Tamil and Telugu bilingual movies like Thoranai (2009) and Theeradha Vilaiyattu Pillai (2010), both films failed to establish his popularity in Telugu cinema.

I have shared many Tweets on my Movies & several Social Causes, but this one is something very important according to me…

I decided that it is important to share this experience of mine on the basis of Humanity….GBhttps://t.co/urWPdC2bDP#NoFear #StayStrong #BeatCOVID pic.twitter.com/2SzUhVRAT0