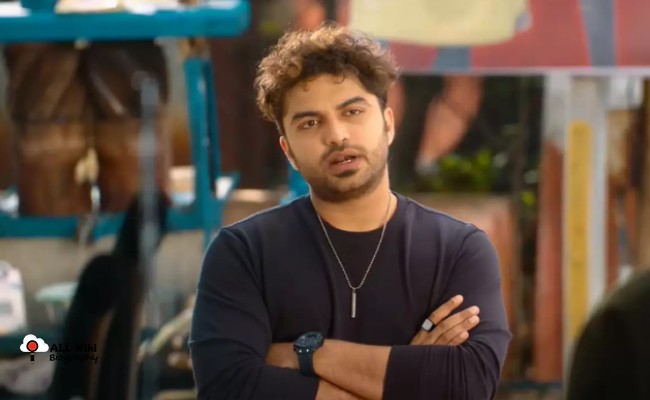 Vishwak Sen aka Dinesh Naidu is an Indian Film Actor, who mainly works in the Telugu Film industry. He was born on Wednesday, 29 March 1995 in Dilsukhnagar, Hyderabad, Telangana, India.

He then did his schooling at Mother Theresa Grammer High School in Hyderabad and later, finished his Bachelor’s degree in Journalism from a private college in Hyderabad. After his studies, he did theatre arts in Mumbai.

In 2017, Vishwak started his acting career in the Telugu Film Industry with the ‘Vellipomakey’ movie. He next acted in Tharun Bhascker’s Ee Nagaraniki Emaindhi (2018).

In 2020, Vishwak made his directorial debut (and also as a writer and producer) with the ‘Falaknuma Das’ movie. He then acted in a couple of movies like HIT: The First Case and Paagal.