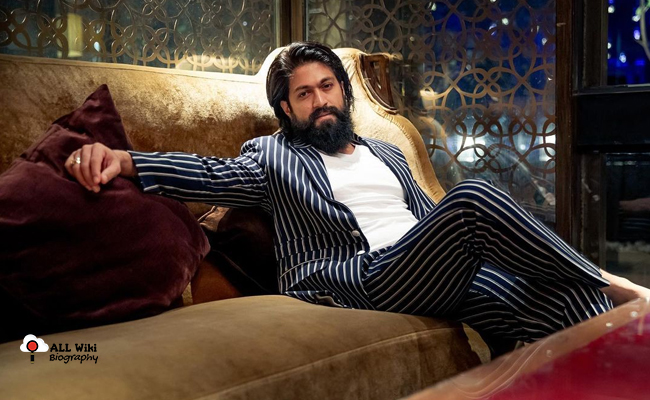 Yash is a famous Indian Film Actor and a Singer who mainly works in Kannada film Industry. He was born on Wednesday, 8 Jan 1986 to Arun Kumar and his wife Pushpa. His father Arun Kumar worked in the BMTC (KSRTC) transport service as a driver, and his mother, Pushpa Latha, is a homemaker. He has a younger sister, Nandini.

During the Nanda Gokula serial shoot, Yash meets Radhika Pandit, where they fell for each other after being friends for a long time. They got engaged in Goa on 12 August 2016. They married on 9 December 2016 in a private ceremony in Bangalore and the reception took place on 10 Dec for the film fraternity. Later, Yash had openly invited everyone from Karnataka for their reception on 11 Dec at Bangalore Palace.

Yash started his acting career with Nanda Gokula serial, by Ashok Kashyap, which aired on ETV Kannada. He next acted in Moggina Manasu in 2008, where he appeared in a supporting role, “Rahul”. He also won Best Supporting actor – Filmfare Award, for his performance in the film.

In 2014, he had two major releases, first one, the Gajakesari movie, directed by Krisha, and the film became commercially successful at the box office.

The second movie, Mr. and Mrs. Ramachari released on 25 December 2014, Radhika Pandit is the female lead, the film opened to positive reviews and talk. The film went The film collected around 50 cr gross at the box office and become one of the highest-grossing Kannada cinema. With Mr. and Mrs. Ramachari’s box office success, Yash becomes one of the highest-paid actors in Sandalwood.

Yash next appeared in Masterpiece (2015) and Santhu Straight Forward (2016) and both films performed well at the box office by collecting more than ₹ 30 crores.

In 2018, Yash acted in Prashanth Neel’s Sensational Movie “K.G.F: Chapter 1”, The film emerged as the Highest Grossing Film in the Kannada industry, collecting over ₹ 250 crores.