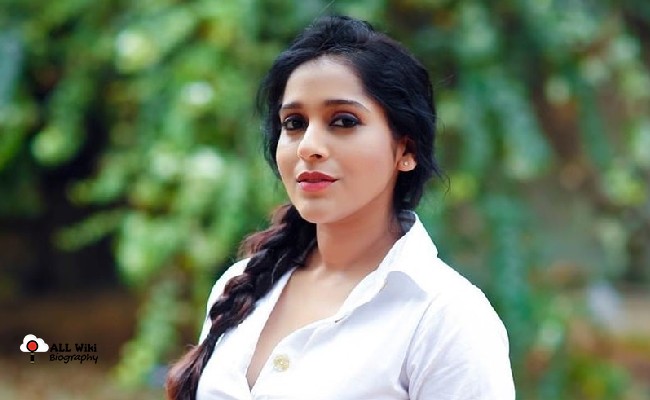 Rashmi Gautam is an Indian Actress and Anchor, who mainly works in Telugu Industry. She was born on Wednesday, April 27, 1988, in Visakhapatnam, Andhra Pradesh, India.

She did her schooling at Delhi Public School, Visakhapatnam and later, completed her graduation from Andhra University, Visakhapatnam.

In 2011, for the first time, she played the lead actress role and made her in Tamil Film industry with the “Kandaen” movie. She next participated in a reality show ‘Ideal Super’ as Contestant and reached Top 5 and Eliminated before Grand Finale in 2011.

She made her debut as Host with Debut with the ‘Jabardasth’ Show in 2013. Rashmi then hosted various shows like Super Kutumbam (2013, Gemini TV), Ragada The Ultimate Dance Show (2014, Tollywood TV), and Extra Jabardasth (2014 to Present).

In between, along with acting and hosting, she also appeared as Team Leader in ‘Dhee’ Reality dance show. In 2016, She played as lead actress in ‘Guntur Talkies’ movie.