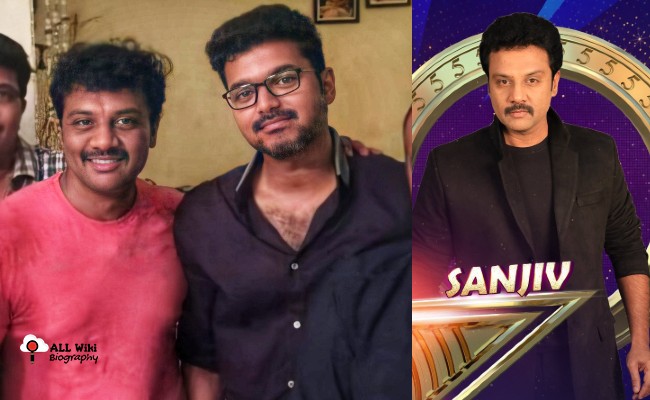 Sanjiv Venkatsubramanian is an Indian Film & Television Actor and Anchor, who mainly works in Tamil Industry. He was born on Sunday, September 28, 1975, in Chennai, Tamil Nadu, India.

Sindhu died in 2005 and Sanjeev took all the responsibility of his sister’s daughter (who was 9 years old during her mother death). In 2017, Sanjeev along with his wife Preethi conducted her wedding as her parents.

Sanjeev is a close friend of Tamil superstar Vijay and Sanjeev started his acting career by doing supporting roles in Vijay movies. He made his debut in acting with the ‘Ponmana Selvan’ movie in Tamil Film Industry in 1989.

Apart from acting, He also hosted various shows like Maanada Mayilada (2007 to 2013), Zee Super Talent (2017), etc. In 2021, He participated in the famous reality show ‘Bigg Boss Tamil 5’, which is being hosted by Kamal Hassan.