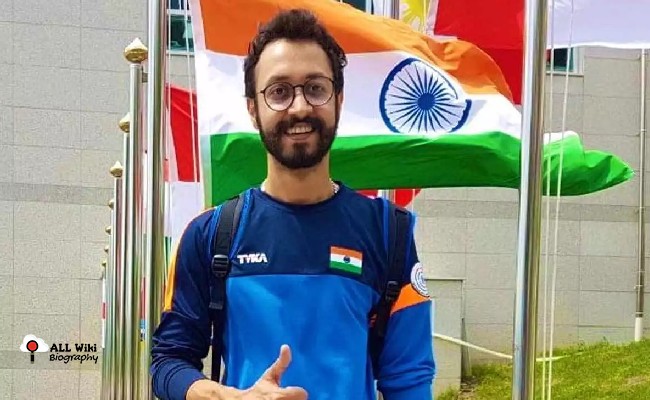 Abhishek Verma is an Indian Sport Shooter and He represents India in a 10m Men’s Air Pistol event. He was born on Tuesday, August 1, 1989, in Panipat, Haryana, India. His father Ashok Kumar Verma is the former Haryana sessions court’s Judge and his mother Kusum Verma is a housemaker.

After finishing his graduation, he was pursuing law, during this time, He decided to try his hands-on shooting. Abhishek started his professional shooting training in a local shooting academy in Hisar. later, he joined Eklavya Shooting Academy in Gurugram, Haryana to focus on shooting seriously.

Initially, his scores were unimpressive after participating in the national championships 2017, he gradually picks up and scoring points well. In 2018, he won his first silver medal was at the Kerala shooting national competition.

From then he started taking shooting more seriously after he received the call for trials. He then made his international debut at the Asian Games 2018 held in Jakarta, Indonesia and won the bronze medal in the 10m air pistol event.