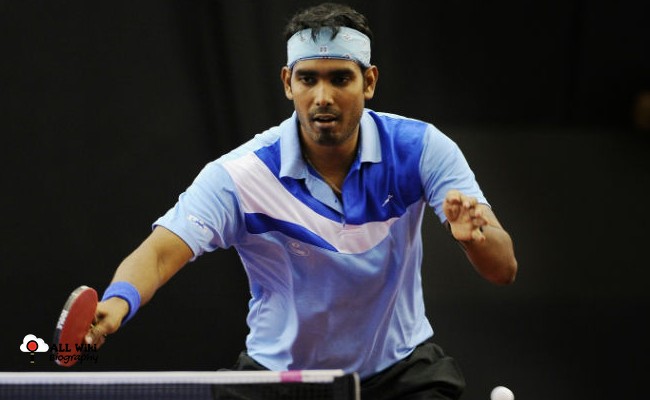 Achanta Sharath Kamal is an Indian Table Tennis Player and He was born on Monday, July 12, 1982, in Chennai, Tamil Nadu, India. His father Srinivasa Rao is a former Table Tennis player and coach.

On 27 July 2009, Sarath got married to Sripoorni and has two children. Since childhood, he used to practising Table Tennis with his father and uncle before and after school every day. In 1998, Sarath started his professional career and participated in state-level competitions.

In 2003, for the first time, he became the National Champion by winning the National Table Tennis Championships 2003. Later, he won 8 National titles between 2004 and 2019. In 2004, he made his international debut at the Athens Olympics.

Two years later, in 2006, He won 2 gold medals in Men’s Singles and Men’s Team events at Commonwealth Games held in Melbourne. In the same year, he competed in the 2006 Asian Games in Doha but didn’t win any medals.

In 2016, Sarath represented India at the 2016 Rio Olympics, but he made a 1st round exit after losing to Adrian Crișan of Romania in the men’s individual event.

In 2020, He secured his berth for summer games at the 2021 Tokyo Olympics in Men’s Singles and Mixed Doubles events through Asian Olympic Qualifiers Tournament in Doha, Qatar.